Islamic Finance Guru (IFG) is a hub that helps Muslims with their investment, personal finance and entrepreneurial journeys. With a goal to make muslims amongst the wisest when it comes to managing money, IFG aims to utilise this to tackle problems such as discrimination, under-representation and poverty within the community.

In early 2020 IFG had big goals in terms of expanding its services and were seeking for a developer to get on board. At the same time Zubair, a developer from Birmingham had a desire to start his own business but was without a clear cut vision of what it was going to look like.

He was introduced to Muslamic Makers through a friend and after attending a hackathon in London, he immediately connected with like-minded people and was inspired to be a part of the community.

Zubair and Ibrahim, from IFG, met through the Muslamic Makers slack community. IFG had a concept of a halal investment platform to include on their website and Zubair took this on board as his own project. He began working on a comparison tool that fulfilled the needs of IFG and after a successful proposal he had won the IFG team over, effectively becoming his first client.

“We were lucky to have found Zubair at a pivotal moment for us and were completely won over by his outstanding proposal. It was a no brainer to get him on board and his tools have proven very useful, providing us with exactly what we need. I’m glad but not surprised with the success he has had since then.” 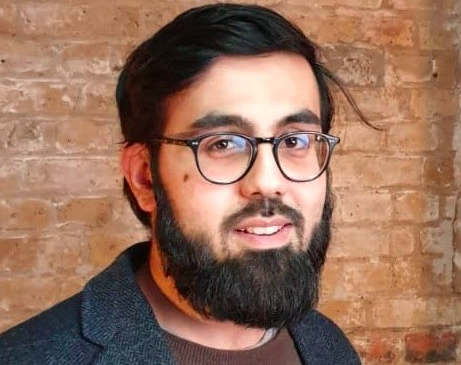 His clients include startup founders and tech entrepreneurs as well as small businesses who are looking to expand or improve their business services. Now a full stack development and business consultancy that utilises no-code platforms, the sky’s the limit for Zubair as he aims to not just develop apps but use his experience to provide business advise too.

“I am so grateful to have connected with IFG through Muslamic Makers and would never have imagined that a year down the line I would have a team of seven working on multiple projects around the world. I don't think we have that many avenues outside of mosques that brings muslims from all walks of life together across borders, organizations and skill sets. ” 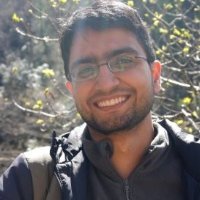 Zubair Lutfullah Kakakhel
AZKY Tech Labs
PrevPreviousIdean – Employer Engagement
NextAmaliahNext
Facebook
Twitter
LinkedIn
We use cookies on our website to give you the most relevant experience by remembering your preferences and repeat visits. By clicking “Accept All”, you consent to the use of ALL the cookies. However, you may visit "Cookie Settings" to provide a controlled consent.
Cookie SettingsAccept All
Manage consent

This website uses cookies to improve your experience while you navigate through the website. Out of these, the cookies that are categorized as necessary are stored on your browser as they are essential for the working of basic functionalities of the website. We also use third-party cookies that help us analyze and understand how you use this website. These cookies will be stored in your browser only with your consent. You also have the option to opt-out of these cookies. But opting out of some of these cookies may affect your browsing experience.
Necessary Always Enabled
Necessary cookies are absolutely essential for the website to function properly. These cookies ensure basic functionalities and security features of the website, anonymously.
Functional
Functional cookies help to perform certain functionalities like sharing the content of the website on social media platforms, collect feedbacks, and other third-party features.
Performance
Performance cookies are used to understand and analyze the key performance indexes of the website which helps in delivering a better user experience for the visitors.
Analytics
Analytical cookies are used to understand how visitors interact with the website. These cookies help provide information on metrics the number of visitors, bounce rate, traffic source, etc.
Advertisement
Advertisement cookies are used to provide visitors with relevant ads and marketing campaigns. These cookies track visitors across websites and collect information to provide customized ads.
Others
Other uncategorized cookies are those that are being analyzed and have not been classified into a category as yet.
SAVE & ACCEPT